If you have been running for a while, you may have tried different methods to step up your game. You can just run longer distances or run in uphills to increase the difficulty. Some of you might have also thought about running with weights. But does adding weights improve your performance? Or burn more calories?

Well, the answer is a bit complicated. It has some potential benefits like increased speed and burning more calories. But it also has some drawbacks such as more stress on your joints and poor running form leading to injuries.

In this article, we will see the benefits of running with weight and how you can avoid injuries. We will also look into the different types of weights you can use while running.

Benefits Of Running With Weights

When you run with weights, your body tends to exert more energy than usual. So, as a result, you’ll be burning more calories than usual, leading to weight loss.

Your body needs some energy to move your body weight from one place to another at a certain speed. When you run with some extra weight, the need for energy consumption goes up.

According to the American Council of Exercise (ACE) article, using 1 to 3 lbs weight while doing aerobic exercise helps you burn up to 15% more calories.

When you run with weights, your muscles are forced to work harder than usual. The more weight you use, the more your muscles need to adapt to that weight. Thus wearing a weight while running improves your endurance and speed.

As stated in this study, running with weights also boosts the anaerobic metabolism in your leg muscles. The participants in this research ran faster on up-hills and had better endurance.

According to this study, running with weights improves your speed and agility. But strength and power, on the other hand, were not significantly affected.

On the bright side, another research showed that post-menopausal women’s isokinetic strength improved after 12 weeks of running with weighted vests.

One of the biggest benefits of running with weights is improved cardiovascular performance. Your heart is forced to pump more blood throughout the body due to increased activity demand. As a result, your oxygen level rises, and blood flow to muscles increases.

One way to check the intensity of your workout is to measure your heart rate. An increased heart rate can be good or bad for running, depending on your goal.

Reaching a higher heart rate won’t be a problem if you’re a novice runner. But if you’re a professional runner, you might need to add some extra weight to increase your heart rate.

Tips: Keep your heart rate between 60%-75% if you want to burn most of the calories from fat. For optimal heart health and cardiovascular performance, increase it to 75%-80%.

Is Running With Weights Safe?

Should you use wrist weights running if you have never used them before? What about using ankle weights?

Well, running is already intense enough on its own, to begin with. So, adding weights without following any safety guidelines may stress your joints and muscles more. It may also compromise your form, putting you at greater risk of other injuries.

As a result, it’s not for everyone, especially given the extra stress on the body. So, if anything doesn’t feel right when you run with weights, stop doing it straight away. Relax for some time and seek medical help if necessary.

Another aspect to consider is the type of weight to use. For instance, some of you may experience increased blood pressure when holding weights. As a result, wrist weights are considered safer.

Learning about various types of running weights helps you make an informed choice.

You can go for many different types of running weights if you want to run with weights. Some are specifically designed for runners, while others are generic. But you can still utilize these running weights while running. So which one is the best for you?

If you’re trying to burn more calories, wrist weights can help. It is excellent to increase your workout intensity and heart rate. They’re usually made from soft materials, so they’re pretty comfortable to wear.

It is safe to run with wrist weights as long as they weigh less than 3 pounds. Going above that limit might put stress on your wrist joints, elbow, and shoulder muscles.

While running with hand weights improves your upper body muscles, you need to ensure that you’re not slouching or rounding your shoulders. Furthermore, they might interfere with your stride, so they might not be an ideal option for you as a runner.

Alternatively, if you’re looking for a safe alternative to wrist weights, you can try to swing your arms more while running, and it might also help increase your speed.

Dumbbells are a great alternative to wrist weight as they offer similar benefits. But you need to make sure that you use dumbbells weighing less than 3 pounds. Going above this weight limit will increase your chances of injury instead of your performance.

They can also impact your blood flow due to constant grip leading to increased blood pressure. So, just like wrist weights, the risk of injury is relatively high.

Running with ankle weights might slightly help you burn calories and increase your heart rate. But this will lead you to a slower pace, and this drop-in speed is enough to negate all your other fitness gains.

Ankle weights may also affect your running form and stride. As a result, they may put extra stress on your joints, tendons, and muscles. So, compared to other weights, ankle weights are more prone to injuries.

Thus, using ankle weights while running is not well supported by science. So, I would suggest that you don’t use them for running. But, if you still want to go with them, then go with a light pair so that they don’t interfere with your natural running form.

Is running with a weighted vest healthy or harmful? Weight vests are the best choice if you want to minimize interference with your running mechanics.

You should go for a weighted vest that weighs up to 10% of your body weight. The running vest is safe and convenient if you stay within that boundary.

When you run wearing a weighted vest, it evenly distributes weight on your upper body. It is simple to wear and frees up your wrists and ankles. So, if you’re new to running with weights, it may be a good idea to try a weighted vest.

Nonetheless, adding too much weight or overdoing it can put pressure on your spine. You also need to ensure that you can maintain your proper running form. Otherwise, overuse injuries such as bursitis, tendinitis, and strains or sprains can also occur.

When using a weighted vest, you will also need enough cardio and strong core muscles as they put a lot of strain on them.

I would suggest that you avoid running with a weighted vest at the start. Instead, start by wearing it on walks, mainly uphill and incline hikes. Then you may increase the intensity of those workouts once you’re comfortable.

If you don’t want to spend any money running weights, you can fill your backpack with weights. But using weights in a bag might be more suited for someone like hikers or military personnel. And, you should keep the weight of your backpack less than 10% of your body weight.

Like other weights, if your load is too heavy, it may strain your joints. You might also feel stress on your back due to the heavy backpack, which results in poor running form and gait. So, just like you guessed, your risk of injury also increases.

Besides, it doesn’t distribute the weights uniformly like weighted vests. You might also get irritated by the constant shifting of weights inside your bag while running.

How to Avoid Injuries While Running With Weights?

Running with weights is pointless if it ends in injury. The worst-case scenario may also place you on the sidelines for weeks, months, or years. But, you can do it safely if you’re careful and without the need to slow down.

Here are some things you should keep in mind while running with weights:

Safety Measures To Take While Running With Weights

Along with the tips mentioned above, here are a few other safety measures. To prevent getting sidelined by injuries, make sure to follow these tips:

Running with weights can help you improve your endurance, speed, and cardiovascular health and burn more calories. However, if your goal is to build muscles, it might not be the most effective method. Instead, consider adding weight training and strength training alongside your running.

You should hold off running with weights if you’re a novice runner. Running weights should only use these weights if you have perfect running form and technique. So, even professional runners need to take caution.

If you’re running with weights, remember to ease into it gradually. It would be best if you also increase your rest time. If you see your running form changing, stop using weights or go for a lighter weight.

Finally, if you follow the safety precautions and use the correct weight, running with weights is beneficial and safe.

Give it a go! Happy Running!

Note: This information is not meant to replace medical advice. If you or someone you know is in pain, it’s always better to get professional assistance from an expert.

Does running with weights tone arms?

You may tone your arms by running with wrist weights or dumbbells, but don’t hope for quick improvements. However, you should be aware that the potential for injury is significant. Instead, it would help to focus on strength training to get injury-free outcomes.

Does running with weights build muscle?

Yes, running with weights will help you gain some muscles. However, how much depends on your training style, body type, training experience, etc. But the risk of injury may outweigh the benefits, so strength training is a better option. The safest choice is to wear a weighted vest if you want to run with weights.

Can you mix strength training and running?

Yes, it would be best to do strength training alongside your running. It is recommended because it improves your overall performance and reduces the risk of injury. 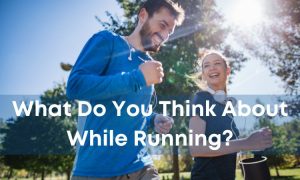 What Do You Think About While Running? 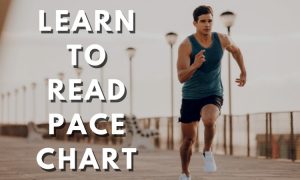